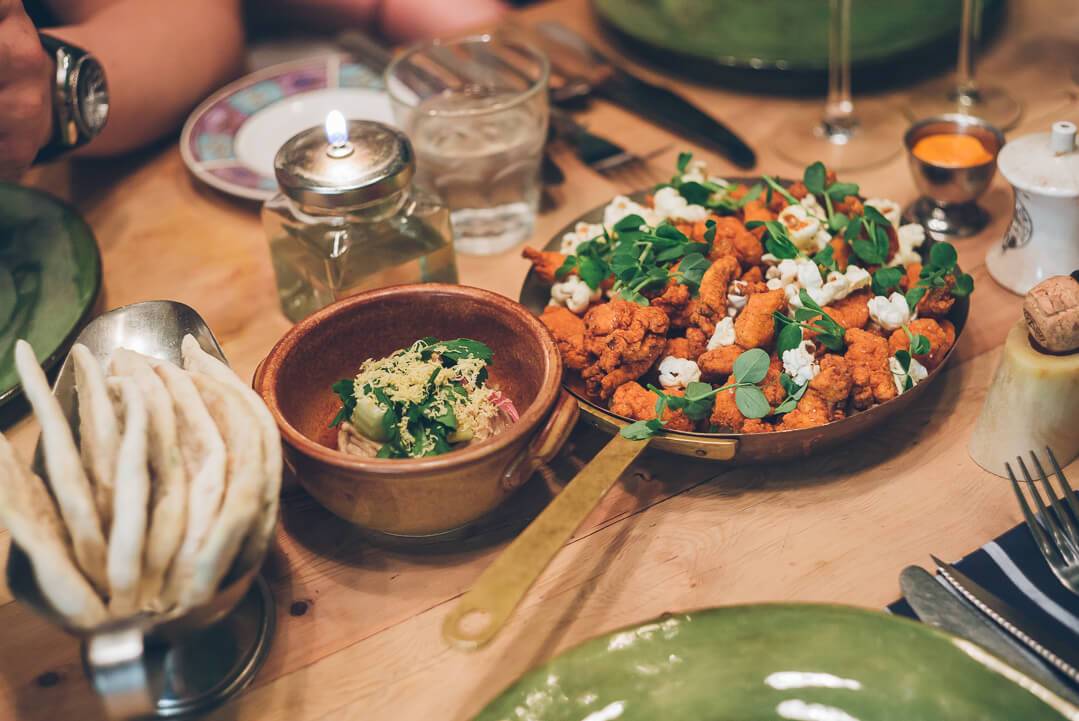 In 2014 I wrote about Jesse Dunford Wood’s fabulous Northwest London not quite a pub, not quite a restaurant which does remarkable porkchops, fantastic chilli arctic rolls and is one of the happiest places on Earth. It is quite rare to come across someone so full of life, he and his food just make people smile. Behind his conviviality lies some proper chef chops, having worked in pretty decent kitchens including those belonging to Charlie Trotter, Mark Best, Rowley Leigh and Michel Roux Jr. It’s no wonder the quality of food here is so good. This comes almost as a total surprise, which is the brilliance of Parlour.

I have been wanting to try his Chef’s Table (with a view into his kitchen) for a long time. Only took two years to nail down the minimum headcount (4) to get this done. For £70pp, Jesse will feed you, and feed you, tell you some stories, display his sabrage skills and finish the show with a nod/wink to that other guy who also worked for Charlie Trotter, or a dessert bar in Hong Kong depending on where you read it first.

This finale starts with Jesse handing out wireless headphones to everyone at the table. Cue Strauss. Jesse puts them on as well, rolls out aluminium foil on the table and for the next 10 minutes, he makes pudding for you. Just about half-way, smoke blows onto the table, Pure Imagination starts playing and you’re totally inside Jesse’s chocolate factory. Not just for show, decent souffle, apple sauce, arctic rolls and a bunch of other sweet things.

I do not want to spoil the surprise for you and there were a fair few. All were intangibles entirely down to Jesse’s spirit (and decent parlour tricks) that make this meal a special one. His vision of hospitality is made of 100% joy. I’ve never felt happier at a meal.

Don’t scroll down. Don’t look at the photos. Find 3 to 6 mates and book the Chef’s table. Work the meal off at Paradise afterwards. Trust me it will be worth it.

We paid £78.80 each, which includes the surprise menu, service, drinks to start and finish.