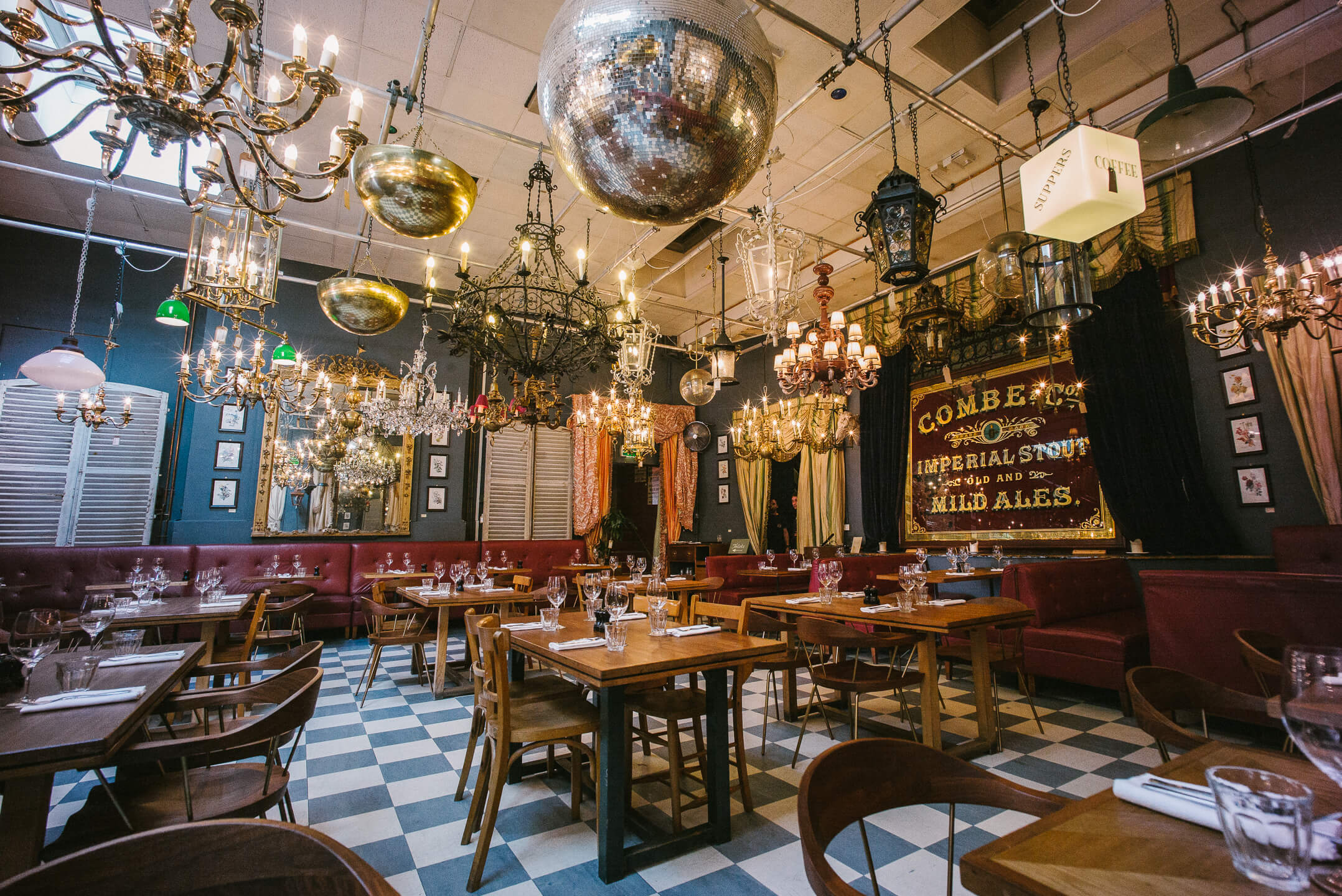 I am certain that I sat on those chairs at Le Chabanais last year. Walnut on brass legs, a modern spin on the classic Windsor Chair by two American designers, they are wonderfully solid things to look at and sit on. Likely the only thing missed when Chabanais eventually shuttered according to general consensus (I am in the minority of those who ate a decent lunch there). What a pick up though, gems, for these architectural salvagers and I think a perfect new home for them this year.

This is quite the vintage mansion, tracing its foundation stones to 1759, an architectural wonder, well-looked after in its grand age and a contrast to the truly ugly developments in Vauxhall. Maybe those ghastly apartment blocks with the butterfly roofs hide the actual offices of MI6.

There have been a string of reviews by our nation’s critics earlier this year, coinciding with the arrival of Andrew Clarke (from Rita’s and previously Salt Yard) who takes the role of Chef director at Brunswick House. He has been showcasing some fantastic work this year, over at his IG account, where you’ll see plenty of evidence such as this aged veal rib. (I also greatly enjoyed following him and Willy Leigh ducking around France)

The other fella who has been running this shop for the last half decade is Jackson Boxer. You will likely have read of his family’s storied connection with food and hospitality, though I would like just to mention his beginning days on his way here. He started out with Margot Henderson and latterly landed in the kitchens of Tom Norrington-Davies at 32 Great Queen Street – one of my long time favourites.

Vauxhall is convenient for me as it takes 20mins on the mainline to get here. And I can’t believe it’s taken so long because the food is absolutely glorious! Apparent simplicity, jolly good craft and interesting recipes. Some un-obvious, some borrowed from around the globe, inventive but not for sake, as every plate is an exercise of balanced flavours and textures. These guys know good food.

We visited for Saturday lunch where the menu is a running list of 10 dishes ranging from £6 to £13 – quite the steal. Dinner is a little more and mains max out at £18.60 for delicious reading specimens such as Roast Swaledale veal, courgette, pinenuts, parmesan. Good value for money.